Asked and Answered: May 4

DEREK PORUPSKY FROM COWANSVILLE, PA:
With the drafting of two press man-to-man cornerbacks in the third and fifth rounds, what does that mean for Senquez Golson, who has been injured since he was drafted?

ANSWER: Senquez Golson's potential future with the Steelers isn't tied to anyone or anything except his own health and performance. Golson was drafted in the second round a couple of years ago to be a guy who had good ball skills to go along with the ability to play in the slot. It's unrealistic to expect Golson to be able to pick up where he left off as a guy coming into the NFL from Mississippi, but I do not envision a scenario where he stays healthy enough to participate throughout camp and the preseason while exhibiting a reasonable level of competence and then does not make the 53-man roster. If Golson isn't on the 53-man roster for the start of the 2017 season, it will be because of his own health and performance. He is in control of his fate.

ZACK FARNSWORTH FROM NEWPORT, OH:
I was just curious as to when the new rookies we drafted can start participating in team drills/practice.

ANSWER: All rookies will report to the UPMC Rooney Sports Complex for rookie minicamp, which is scheduled for the weekend of May 12-14. They then will be able to stay in town for workouts through the end of veteran minicamp, the final day of which is Thursday, June 15.

ALEX NESTURRICK FROM ODESSA, FL:
I thought Franco Harris and Jerome Bettis did a great job honoring Mr. Rooney at the draft. Have the Steelers announced how he will be honored during the upcoming season?

ANSWER: There have been no official announcements regarding specifics, but the Steelers will honor Dan Rooney during a regular season game at Heinz Field, and the team will wear a commemorative decal/patch on their uniform throughout the season.

RETO BIERI FROM SUHR, SWITZERLAND:
After the draft there is a necessity to trim the roster to 90 players, and so releases are inevitable. Is it also possible to release a rookie from the 2017 draft, or are there any contractual restrictions about that?

ANSWER: There are no restrictions on doing that, but if a team decides to get rid of a rookie before signing him to a contract, the procedure is known as renouncing his rights. It may have happened at some point over the years, but I cannot recall if it did.

JEFF LINTON FROM PHILADELPHIA, PA:
Have the Steelers ever drafted a player from Pitt in the first round?

STEVE BLOOMFIELD FROM JACKSON, MI:
I am a big Vince Williams fan and believe that he has a bright future as a replacement for Lawrence Timmons. I am wondering how Tyler Matakevich is progressing and whether we will see him more involved in the defense this fall.

ELIJAAH BARNETT FROM LANSDOWNE, PA:
What is Spencer Ware's role now that the Steelers drafted running back James Conner?

ANSWER: The issue of Spencer Ware's role would best be answered by Kansas City Coach Andy Reid. The free agent running back the Steelers signed who used to play for the Chiefs is Knile Davis. And as was the case before the Steelers drafted James Conner, Davis will have to come to training camp and make the team.

LEE NORMAN FROM OMAHA, NE:
I agree that after Antonio Brown, there is no No. 2 receiver on the Steelers roster. I have watched the Steelers lose guys like Emmanuel Sanders and others over the years, but they fail to step up in fee agency and return the favor by grabbing a No. 2. I tend to like most of what the team does, but would you agree this is an area where they are failing?

ANSWER: The Steelers are not and never have been big players in free agency, but they have stepped it up in the draft by picking receivers who could have, maybe should have, and still might become No. 2s. Sammie Coates, Martavis Bryant, and Markus Wheaton all were drafted over the previous four years, and just last week the team used a second-round pick on JuJu Smith-Schuster.

BEN LEDYARD FROM ANKENY, IA:
I watched every game of the Pittsburgh Steelers' season last year and even though their receiving corps wasn't at its best, I noticed that Eli Rogers had some true talent. My question is even with the pick of JuJu Smith-Schuster and the possible return of Martavis Bryant, do you think Eli Rogers will see some serious playing time?

ANSWER: As of this moment, Eli Rogers has the inside track to the slot receiver job, but he's going to have to work to maintain that status. Rogers is one of many players who will have to re-earn his job during training camp and the preseason.

BEN JONES FROM BALTIMORE, MD:
Do you see a fit/room on the team still for DeAngelo Williams?

Check out photos of T.J. Watt's tour of Pittsburgh.

TYLER MASON FROM HUBBARD, OH:
Do you think T.J. Watt and Bud Dupree  will start and William Gay will become a third-down linebacker?

ANSWER: If anything, especially early in the regular season, I would expect the exact opposite. That Bud Dupree and James Harrison would be the starters and that T.J. Watt would be more of a sub-package situational rusher.

CLAYTON SPREEN FROM BEDFORD, IN:
I see multiple people asking questions about drafting a tight end, but personally I have been pleased with Jesse James and Ladarius Green (when healthy). Does the rest of the organization have faith in the tight ends currently on the roster? Or is it just unknowledgeable fans?

ANSWER: I can assure you that if the Steelers judged the talent at the tight end position to be as poor as many fans do, they would have addressed it in the draft.

TED VON FROM CHARLOTTE, NC:
I am a diehard Steelers fan and somehow or another my son became a Jaguars fan a few years ago. I am planning to bring my 9-year-old son to the Steelers vs. Jaguars game on Oct 8. This will be a father-son road trip experience for us. Where would be best place to purchase tickets? Through Steelers.com? Also, how can I try and get field passes?

ANSWER: Go to Steelers.com, and on the nav bar across the top is a category labeled "Tickets." Click on that, and it will take you to a page where you can purchase individual game tickets. At all Steelers home games, there is a program called 1st-in-Goal that gives fans the opportunity to win prizes by arriving at Heinz Field early. With this program, the first 25,000 fans to enter Heinz Field for each game will receive a scratch-off card revealing a prize, and one of the prizes is a pair of pregame field passes. Good luck.

ADAM SHEFFLER FROM WASHINGTON, DC:
Every year, it appears that organizations figure out what kind of players they've drafted after a few weeks of minicamp, well before they take the field for a preseason game. For example, we heard Sean Davis and Javon Hargrave were doing well in minicamp, and they ended up being starters. Why can't scouts make these determinations before the draft when watching and evaluating players to prevent the high volume of misses on picks?

ANSWER: The critical element with all of these draft picks is whether they can do what the team picking them will ask them to do within a particular offensive or defensive system. Chuck Noll always used to say about draft picks that you really don't know what you have until you live with them for a while. After living with Sean Davis, Javon Hargrave and Artie Burns for a while last year, the Steelers had high hopes for them, and they all became starters as rookies. That's the goal every spring.

GABRIEL FLORES FROM LAREDO, TX:
Is Vince Williams really going to start? What's our depth at the inside linebacker position?

ANSWER: Absolutely, Vince Williams will start alongside Ryan Shazier at inside linebacker. The depth will be provided by Steven Johnson, Tyler Matakevich, and L.J. Fort.

MAURICIO OCAMPO FROM MEXICO CITY, MEXICO:
I'm intrigued about who is going to replace Lawrence Timmons at inside linebacker. What do you think about this position battle?

ANSWER: It doesn't shape up as much of a battle at all. The job is Vince Williams' to lose, and I don't see him losing it.

BRIAN BURRESS FROM CINCINNATI, OH:
Cincinnati born and raised, but I bleed black and gold while my brother is a diehard Cowboys fan. He has nothing but praise for Coach Mike Tomlin and shakes his head when I advise him of the grief the fans give him. Needless to say, he got a chuckle when on the way to the Cowboys game this last season, the Uber driver lit into Tomlin unprompted by me. I don't get it either, as we are pretty much a playoff contender year in and year out. So with all of that in mind, how do you put up with all the idiot questions that are submitted to you?

ANSWER: Apparently there are occasions when I don't do a very good job of putting up with them, because I regularly get submissions that do nothing except tell me what I bad person I am for being so mean to people.

AARON BREEZE FROM FRESNO, CA:
What's up with Lawrence Timmons? He posted on Instagram that he's with Miami now. Did I miss something, or am I missing something here?

ANSWER: Since Lawrence Timmons signed a two-year contract with the Dolphins in early March after becoming an unrestricted free agent, I guess my answer to your question is: yes.

CHRIS BEZONI FROM INDIANAPOLIS, IN:
To all the draft experts questioning picking JuJu Smith-Schuster in the second round or a long-snapper in the sixth round: Back in 1998, I was sitting on my couch eagerly awaiting the announcement of our third-round pick. They announced it. I was stunned. I screamed, "Who the hell is Hines Ward?" Now, his jersey hangs in my shrine. We're not experts. We know what Kiper and Mayock and the rest tell us. We don't know what the personnel folks know. Just because we draft a tight end doesn't mean he'll instantly be Heath Miller. Sit back. Relax. Our job is to drink beer, scream, and twirl Terrible Towels. Leave the draft to the experts.

ANSWER: Or do what I sometimes do: Wait until the draft picks either become solid players or busts, and then Monday morning quarterback the heck out of it. 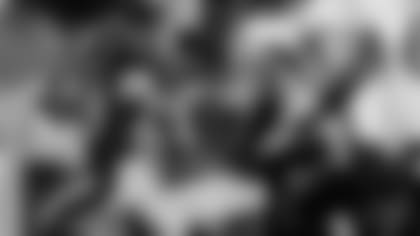 Asked and Answered: May 12

Polamalu's pick-6 in the 2008 AFC Championship Game vs. the Ravens is the iconic moment

Asked and Answered: May 10

Asked and Answered: May 5

Getting to wear No. 8 was likely the result of a personal deal between Pickett and Joseph

Asked and Answered: May 3

Archer was a RB who caught passes; Austin is a WR who can contribute as a runner

Confusion over rushing vs. covering led to the best defensive play in Super Bowl history

The current plan is for a 'normal' training camp at SVC, which means fans watching practices

Gosselin listed Troy 19th on his 2003 draft board, and the Steelers picked him 16th

Tomlin explains why he views Ward as 'Hall of Fame worthy,' and not just as a presenter

After a two-year hiatus because of Covid, the Draft Day Party at Heinz Field returns on April 30